Tim Dockery is the founder and is a Member/Manager of The Crown Companies, LLC. Mr. Dockery is involved in all areas of real estate development, construction, finance and management. He also enjoys excellent insurance and banking relationships with much of his business coming from repeat lenders.

Mr. Dockery is a graduate of the University of North Carolina at Chapel Hill holding a Bachelor of Science in Business Administration degree. He serves on the Board of Directors of Blue Ridge Analytics, Inc., a Charlotte, North Carolina based company that provides SITEOPS®, a patented optimization software for the land development industry. He also serves on the Board of Trustees for Surry Community College and for the Surry County Schools Educational Foundation. Having a passion for education, he has served as a tutor for at-risk children, a member of the Surry County Board of Education and as real estate advisor to the Surry County Schools. Mr. Dockery has also been tasked by Surry Community College to chair fundraising efforts for the North Carolina Viticulture and Enology facility. He is active in First Baptist Church of Dobson, North Carolina serving as a Deacon, Sunday School teacher, and on various committees. He lives in Dobson, NC and is married and has three daughters.

Daniel Barnes is a Partner in The Crown Companies, LLC. Mr. Barnes is involved with all aspects of the company’s acquisitions, leasing, development and property management, although his primary responsibilities include managing and coordinating all design, permitting and construction activities for each of the company’s projects.

Mr. Barnes received his Bachelor of Science degree in Civil Engineering from the University of North Carolina at Charlotte in 1996. He lives in Pilot Mountain, North Carolina, where he has served as the Receiving Treasurer and is currently an elder at Pilot Mountain First Presbyterian Church. He is an active member in the community, participating in such programs as “Leadership Surry County” and is a former board member at Pilot Knob Park Country Club. He is married and has one son. 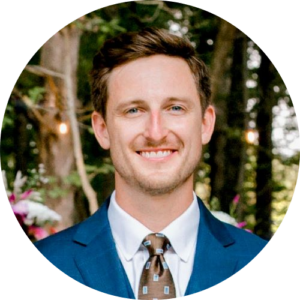 Ian Phillips is a General Counsel at the Crown Companies, LLC. Ian is involved in all aspects of real estate acquisition, finance, and development.

Ian is a graduate of the University of North Carolina at Greensboro, holding a Bachelor of Science in Business Administration. Ian received his Juris Doctor degree from Elon University School of Law and was admitted to the North Carolina State Bar in 2015.

Ian is a member at Holy Trinity Episcopal Church in Greensboro and lives with his wife, Amanda, in Greensboro, NC.